We learned a lot about Nicolas-Jacque Conté, a French inventor who pioneered the modern graphite core. With a satin eyepatch and AN ENORMOUS HEAD, he looks like a pretty badass pencil pirate: 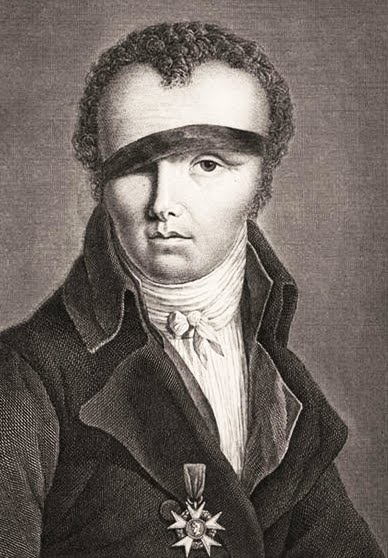 Nicolas-Jacques-Conté, the inventor of the modern graphite mixture in varying hardnesses. Also, a pencil pirate.

We’re also having a giveaway! Between now and next Sunday, March 30, if you leave a comment on the episode post on Erasable.us, with a literary or movie pencil pun (for example,  “A Ferrule to Arms”), you’ll be entered to win one of 6 prizes: each of us co-hosts will be putting together two packs of some of our favorite pencils.

Because we want to use as many puns for episode titles as we can, we then get to use your pun for a future episode title. (With a credit to you, of course!)

Go check out the episode now, either on Erasable.us or iTunes!